The British Patient Capital team is based in Sheffield and London. We have a strong culture of collaboration and inclusive team working, and as a closely integrated team, we capitalise on the diversity and variety of experience among our investment professionals. 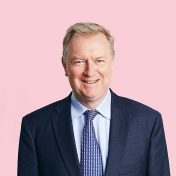 Russ joined British Patient Capital as an independent Non-executive Director in June 2018 and was appointed Chair on 1 September 2020.

Russ is the former Chief Executive Officer of Touchstone Innovations plc, one of the UK’s leading technology investment companies, championing outstanding science by commercialising innovative research from UK universities. Russ joined as Chief Investment Officer in 2006, then became CEO in 2013 through to the acquisition of Touchstone in 2017 by IP Group plc for £500m.

From 2003 to 2006 he was a Director at the growth equity and venture capital firm Scottish Equity Partners LLP. Prior to this he spent 16 years at the international venture capital and private equity company 3i Group plc, latterly as Director in its UK Technology Group. 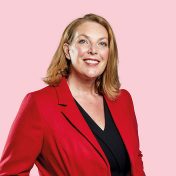 Judith is Chief Executive Officer of British Patient Capital and British Business Investments, the British Business Bank’s two commercial subsidiaries, and took up the role on 1 September 2020. Judith previously held the position of Managing Director of the Bank’s UK Network, a team that is physically located within each of the English regions and the three Devolved Nations.

Judith built a career in corporate banking with Barclays and the Bank of Scotland before becoming involved in the delivery of publicly funded access to finance products. Judith was previously the British Business Bank’s Managing Director, Lending Solutions, where she was responsible for the delivery of a number of the Bank’s debt-based products, including the Enterprise Finance Guarantee, Help to Grow and Start Up Loans. Judith joined the Bank from Capital for Enterprise where she was Managing Director, Debt Markets. 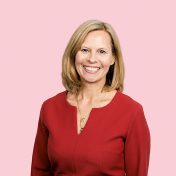 Prior to 2016, Catherine was Head of Private Equity for Cardano Risk Management, managing a global portfolio of private capital investments on behalf of UK pension funds. She was previously Managing Director of Paris-based European private equity investor Fondinvest Capital, a founding partner of Nordic fund-of-funds manager Proventure, after which she established a consultancy business advising Sovereign Wealth Funds and Institutional Investors in Asia, the Middle East and the US on their European private capital strategies. 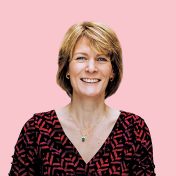 Hazel is the co-founder and Chair of FirstCapital, an investment bank which provides mergers and acquisitions, private equity and growth capital advice to high-growth technology companies. She also currently chairs the Innovation Finance Sub-Committee for Innovate UK, the UK’s national innovation agency, having been a Governing Board member of Innovate UK until 2018. Hazel is a member of the Future Fifty advisory panel and was previously on the Investment Advisory Panel of the North West Fund.

Hazel was awarded an OBE in the 2017 New Years’ Honours list for services to entrepreneurship and innovation. She won the CBI/Real Business First Women in Finance award in 2016 and the Women in Private Equity Award for Best Corporate Finance Adviser in 2015. 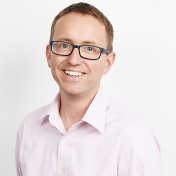 Ian joined in 2018. His previous experience includes working at the British Business Bank and its predecessor, Capital for Enterprise Ltd. He brings with him a wealth of experience in VC fund investing, including close involvement in the deployment of the VC Catalyst which formed the seed portfolio of British Patient Capital.

He previously worked in corporate finance at technology company Infinity SDC and in financial modelling at the Royal Bank of Scotland. 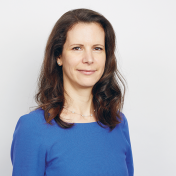 Natalie joined in 2018 from the Private Equity team at Aberdeen Standard Investments. Prior to this, she worked in the investment team at SVG Advisers, a subsidiary of SVG Capital. She brings more than a decade of experience in the private equity market, having worked on both primary and secondary investments in buyout and venture capital funds across Europe. Natalie started her career as a management consultant at Corven and Andersen. 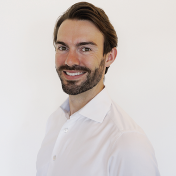 Tom joined British Patient Capital in 2019 from Foresight Group where he focused on the Foresight Williams fund, an early stage deeptech VC fund. Previously, he was an investment manager at EcoMachines Ventures. He co-founded a biotech manufacturing start-up called Puridify that was sold to GE Healthcare and worked in investment banking at Deutsche Bank. 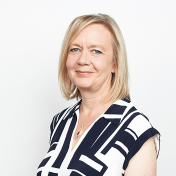 Christine joined in 2018 from the British Business Bank where she spent four years investing in venture capital funds via the VC Catalyst and Enterprise Capital Fund programmes and leading a pilot programme in the lower mid private equity market for British Business Investments, a subsidiary of the Bank. She has investment, corporate finance and commercial experience, having previously worked at the Bank of Scotland, PwC and BOC Industrial Gases. 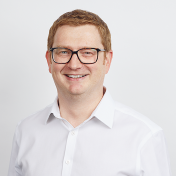 Rob joined in 2018 having worked at the British Business Bank for six years where he was part of the Lending Solutions team and involved with the design and implementation of a number of debt-related programmes before transitioning to the Venture Solutions team in March 2017. Rob previously spent 12 years in corporate and commercial banking with Clydesdale Bank.

He has extensive transaction execution and portfolio management experience. 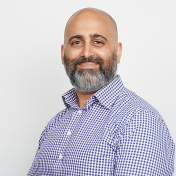 Tej joined in 2018 from the British Business Bank where he focused on equity fund investments via the VC Catalyst programme. He was formerly Head of Credit and Equity Risk at Crowdcube and was founder and CEO of a real estate fund based in Poland for over a decade. Tej began his career in Citigroup as a corporate banker before working with Fintech start-up On Bourse and in corporate advisory. 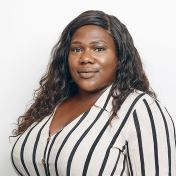 Anu joined British Patient Capital in 2018 from the British Business Bank where she invested in venture capital funds. Prior to this she was an Analyst at the British Business Bank’s Angel CoFund for almost five years, making direct equity investments alongside angel syndicates. Previously, Anu worked in a variety of finance roles, including a year and a half in Nigeria at a pan-African bank, Ecobank, and founded and ran an award-winning e-commerce start-up. 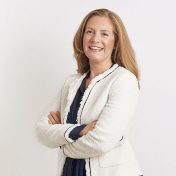 Chloe joined British Patient Capital in 2019 to head up the Institutional Relations programme. Prior to this, Chloe worked for seven years at Caxton Europe LLP, a global macro hedge fund, where she covered investor relations and business development in EMEA. Before Caxton, she worked for a multi-strategy hedge fund focusing on macro research and global investor relations. Chloe has over 10 years’ experience in alternative investments and 12 years’ experience servicing clients. 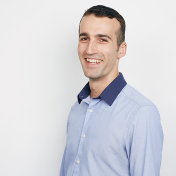 Sam joined in January 2019 from Santander’s Credit Risk department where he was involved in managing and updating the monitoring of the credit card portfolio. Prior to that he was a government economist and has experience in financial analysis and modelling. 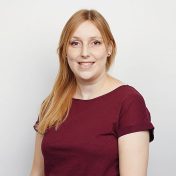 Katie joined in October 2018. She provides administrative support to the Managing Director and wider team. Previously, Katie worked at the British Business Bank and the NHS where she was an Executive Assistant to the Medical Director. She has a decade of PA experience. 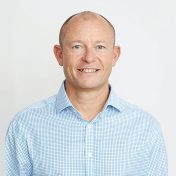 James joined British Patient Capital in 2020. He previously ran his own communications and investor relations consultancy, and was an expert advisor to the European Commission covering SME finance policy. Prior to this, James was the External Relations Director at Invest Europe, and before that Head of Marketing and Communications at Climate Change Capital. James has 15 years’ experience in private equity and venture capital. 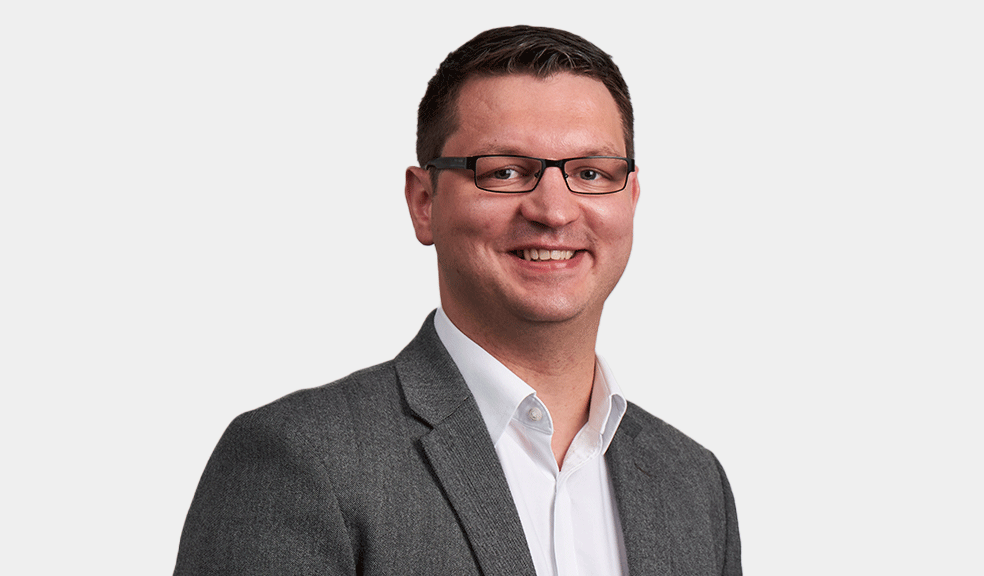 Carmine joined British Patient Capital in January 2021 from the Northern VCTs, a generalist scaleup investor, where he focused on life sciences investments. Prior to the Northern VCTs, Carmine was an Investment Executive in the technology ventures team at the Development Bank of Wales. He also has university intellectual property commercialisation experience from his time with Cambridge Enterprise. Carmine holds a PhD in Cardiovascular Medicine from the University of Manchester. 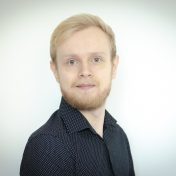 Jake joined British Patient Capital in December 2020 from BioCity, a UK life sciences incubator and accelerator, where he focused on early stage life sciences investments. Previously, he worked as a lab scientist at Pfizer, AstraZeneca, and Source Bioscience. Jake holds a Masters in Applied Biopharmaceutical Biotechnology and Entrepreneurship from the University of Nottingham, as well as a BSc in Biochemistry from the University of Bath. 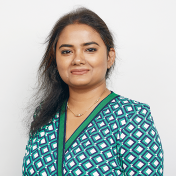 Pinky joined in 2018 from a UK-based manufacturing unit where she worked in finance. Prior to this, she was a Senior Investment Analyst at Zacks Investment Research, a leading American firm, where she focused on investment research and financial write-ups on the US equities market. She started her career in leading financial services groups in India, working in portfolio management services in equities and commodities markets. 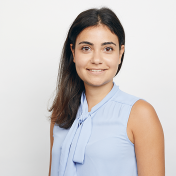 Tatiana joined British Patient Capital in April 2019. Prior to joining, Tatiana started her career as a business development manager for a Foreign Exchange start-up in Beirut. She has undertaken internships at Blue Cloud Ventures, New York and Credit Suisse, Lebanon. 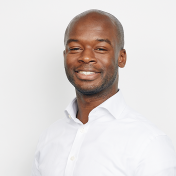 Chris joined British Patient Capital in 2018 from the British Business Bank where he worked in Financial Risk supporting the Bank’s various equity programmes. Prior to this he worked in a number of roles at the Royal Bank of Scotland, including Financial Sponsor Coverage providing banking products to UK and European mid-market buyout firms. 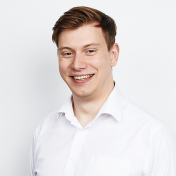 David joined British Patient Capital in April 2019 from a specialist deal origination firm where he led the private equity department, sourcing investments for institutional firms and family offices. He has four years of financial services experience.

Richard joined the British Business Bank in 2016 and transitioned to British Patient Capital at its formation in 2018. He has led and supported a number of commitments to venture capital funds via the VC Catalyst and Enterprise Capital Fund programmes. Richard previously held roles in the actuarial sector, at a risk arbitrage fund, in foreign currency banking, and at a Fintech start-up, and has investment, analytical and modelling experience.

Unfortunately this site does not support your browser

This site may not display correctly in your current browser. To view the site in its intended form and for the best user experience, download the latest version of your browser using the options below.